May 18th 2022 marks the 45th edition of International Museum Day; the theme, “The Power of Museums”, celebrating museums’ “power to transform the world around us” according to the organizer ICOM. 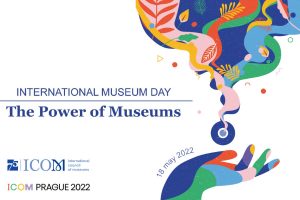 However, the museums of Shanghai and Beijing amongst a few other cities in China, have lost their “power to transform the world around us” at least temporarily, due to the most stringent Covid lockdown restrictions. The latest Omicron wave in China, has impacted millions of citizens, let alone museums. From early March to date, museums and institutions in the Shanghai region have all remained shut, for 60+ days, postponing schedules. At the beginning of May, institutions in Beijing shuttered. Although the Shanghai government has announced an easing of restrictions in stages through June, there is no clear reopening date timetable.

Exhibitions such as ‘The Territories of Water’ at the public-owned Museum of Art Pudong in Shanghai, co-organized by the François Schneider Foundation and Musée du quai Branly – Jacques Chirac have closed, while the privately-owned Bund One Art Museum postponed the opening of ‘Botticelli and the Renaissance’, the inaugural exhibition in its five-year agreement with the Uffizi Gallery in Florence. In Beijing, the M Woods Museum shut ‘OK OK OK Bruce Nauman Solo Exhibition’ organized by Tate. It’s not only exhibitions at museums being cancelled, also those at high-end shopping malls, including two touring shows from the V&A, namely ‘Bags: Inside Out’ at Taikoo Li Sanlitun and ‘Alice: Curiouser and Curiouser’ at U2 Museum in Chaoyang Joy City.

Confronting the forced shutdown, museums have taken various actions. By May the 15th, nearly 73% of museums in Shanghai published corresponding online content, from ‘tours’ and lectures to live-streaming, along with regular WeChat and Weibo posts. In general, audiences showed limited interest in such online contents, as in hard-hit Shanghai, everyone’s life has been deeply disrupted, museum activity was far from a priority. Most museums in Beijing have not yet launched such online content, with the exception of the National Museum of China and The Palace Museum, who have created virtual tours and highlights of their collections. Only a few museums have immediately offered ticket refunds.

The current situation has raised many concerns and questions, especially, the endurability of private museums, who are particularly dependent on the income from ticketing sales of blockbuster exhibitions. For example, the most anticipated survey exhibition of the Japanese artist Yoshitomo Nara, jointly with LACMA and Qatar Museums, was closed only 5 days after its opening. Sadly, “the power of museums” in the two most crucial cultural hubs are turned off for this International Museum Day. We wonder how and how soon will the Museum sector be recharged and empower its audience who have been cut off from cultural life for too long.

Reach Out for inquiry and comments: info@artouchconsulting.com

[Data sample: Based on the sample of 60 museums in major cities, including private museums and public institutions, we offer a brief review of museum closure and consequent actions in today’s China Mainland.]

How Far is Museum from the Cryptosphere?

Want to hear more? We look forward to
becoming your partners on the journey